You are here: Home » Uncategorized » 3 stories that tell the origin of the Chinese Lion Dance

3 stories that tell the origin of the Chinese Lion Dance

In southern China, this dance represents the challenge of the revolutionaries against the Manchu (Ching Dynasty, 1644-1911). But as we shall see, this dance has several assumptions origins, and various tasks.

Origins
There are several stories that relate the origin of Chinese Lion Dance:
1) In ancient times, a town was besieged by the presence of a lion attacking everything in its path. A Master of Kung Fu decided to beat him, and during one of the apparitions of the animal, chased him into the woods where he came from. This time, he was unsuccessful and returned without being able to kill him. There were three occasions when the Master pursued but lost track of the animal, until once met several volunteers went to the forest and managed to remove it. Since then in that village ritual describing this history it was held. 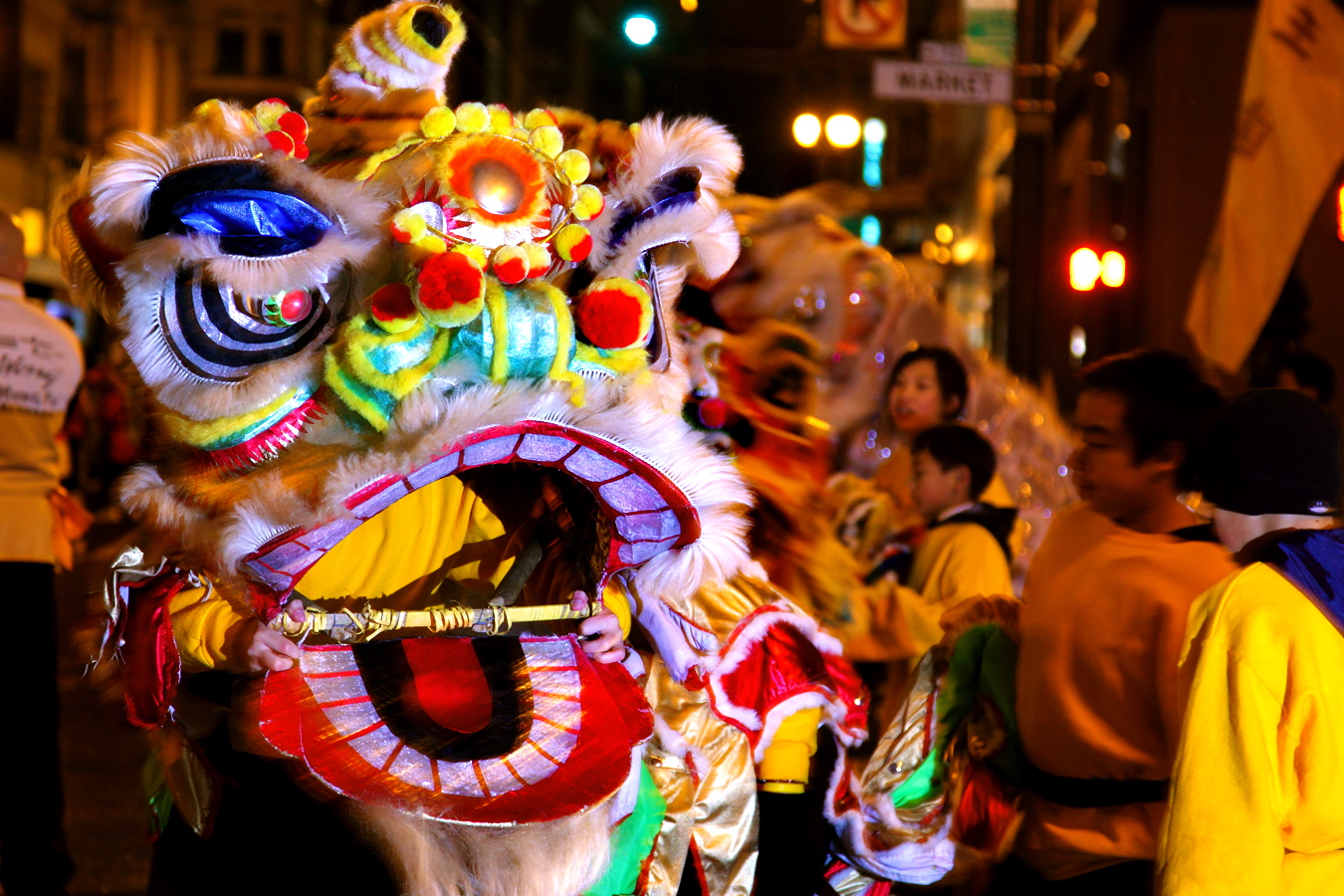 2) The Emperor of the Tang Dynasty (AD 618/906) had a dream in which he appeared a strange creature with a horn on his forehead, he stared a moment and then disappear. (There are countless variations: the emperor was lost, and the animal helped him find his way back, etc.) Once awake, the dream told his ministers, one of whom suggested that the animal could be a Lion. From then on dance that was designed in his honor and became a typical celebration.
3) A Nien (monstrous figure that appears in the new year) terrorized the inhabitants of a village. They asked a Lion to help them, but his attempt was defeated animal. The villagers then invented a costume of a lion, joining a large head with a cloth so that it had the size of three lions. The Nien when he saw him, escaped fearful. Since then the dance is done to scare away evil spirits and prevent the entry of misfortune.
These stories are legendary and probably have little reality but as the popular folklore and considers account, we share in this note. Back to the story … Some say biggest boom was in the Ching dynasty, when the Manchu had banned the martial practice. Kung fu practitioners became revolutionaries who wanted to restore the Ming dynasty. The Lion Dance is used to exchange information between the revolutionaries During these celebrations, the leader Leon (who was driving the head) used to shout “Ching Choy” (capturing the Ching). That was because “Ching Choy” sounded almost equal to “Chiang Choy” (traps the lettuce) was ordered to take the vegetables, which contained money and secret information between their leaves. Another very famous dance, dragon dance, is even more modern (Approximately during the Northern Sung Dynasty).

The truth is that there León North and South, and its practice is traditionally confined to the Martial Arts Schools. It is curious that in China, there is no historically lions. In fact, the first will eventually were brought by merchants, but is not a typical animal of that country. Historically, the first lion came to China as a gift to the Emperor Shun (126-145) during the Han Dynasty. Leon North and South Dances Northern and Southern are different in aesthetics and content. Because as we said, in China there were no lions in the wild, the Chinese came to the animals most commonly seen to mimic the appearance of the Beast. Thus, the Lion Norteño is taken from a dog model (the Pekinese), and the Southerner, a Cat.
The Lion of the North is widely used in circuses and fairs, for entertainment with acrobatics and dexterity tests, while the Lion South retains a martial flavor and is used for purposes of Desiring Prosperity and Honoring important celebrations.
The Chinese Lion Dance South in turn has two styles: the Fujian (Fukien) and Guangdong (Canton). Canton style turn is divided into Foshan (very famous in Hong Kong) and Heshan (famous in Malaysia, Singapore, etc.). Lion heads are made of paper-mache, wicker on a structure, but now also made of plastic and aluminum. They are painted in different colors, depending on the character they are playing. These three belong to the novel “The Three Kingdoms”.
Yellow – Liu Bei (General Brother Guang Gong).
Red – Guang Gong (The General Guang Gong)
Black – Zhang Fei (General, Younger Brother Guang Gong, very fierce in battle).